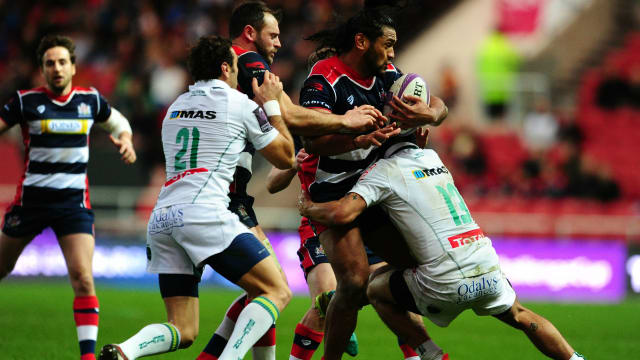 Bristol's miserable season took a turn for the better as the Premiership's bottom side thumped Pau 41-14 to record a first win of the season in the European Challenge Cup.

Prior to Sunday's fixture at Ashton Gate, Bristol's solitary victory this term had come in the Anglo-Welsh Cup - the club losing all 10 of their Premiership fixtures to date.

However, a much-changed home line-up made light work of Pau, who trailed by 22 points after two minutes of the second half and never looked likely to bounce back.

Jack Wallace, Watisoni Vuti, David Lemi and Luke Arscott went over in the first half for Bristol, the latter's try following a yellow card for Pau's Abdellatif Boutaty.

The visitors were still a man light when Thretton Palamo extended Bristol's lead and Chris Brooker added two further tries late on before a fine individual score from Thibault Daubagna at least enabled Pau to finish on a high.

Bristol climb off the foot of Pool 4 at Pau's expense.