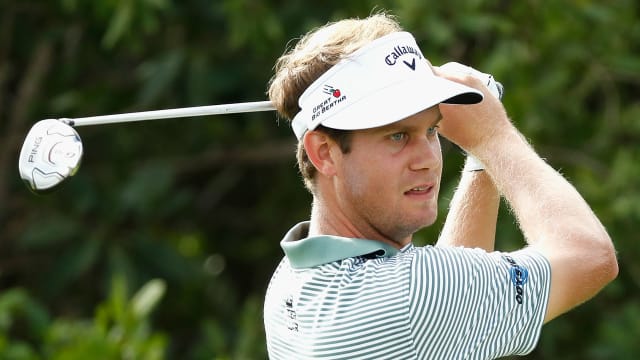 Harris English and Matt Kuchar lead the Franklin Templeton Shootout by a stroke after the second round at Tiburon Golf Club in Naples.

The duo posted a round of six under, the joint best score on day two in Florida, to reach 21 under overall, just ahead of overnight leaders Jerry Kelly and Steve Stricker.

The 12 groups in action were playing under modified alternate shot rules, in which both players drive before the best tee shot is then played by the member of the pair whose drive was not selected, before subsequently alternating shots until holing out.

Charles Howell III and Rory Sabbatini are tied for third with Kevin Chappell and Kevin Kisner at 16 under, while Mike Weir and Gary Woodland prop up the leaderboard at eight under.

Kuchar came close to a hole in one during his march to the top of the leaderboard alongside English.

Bryson DeChambeau and LPGA Tour star Lexi Thompson shot one under on Friday to sit outright 10th at 11 under going into the third and final round.

"There were a few times I was kind of nervous walking up to my ball, I didn't know if it was her ball or my ball."

It was Stricker, though, who stole the show at the Greg Norman-designed venue, with a brilliant second shot into a par-five.

When you hit a sweet shot and then fist bump the camera man ... #TOURSauce #QuickHits https://t.co/MC5yqOXNnI