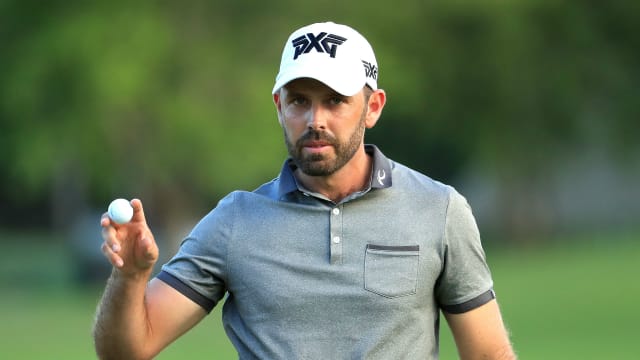 Charl Schwartzel birdied the last to secure a share of the overnight lead at the Alfred Dunhill Championship on Thursday.

The four-time winner and defending champion continued his sensational form at Leopard Creek with a blemish-free 66 to sit joint-top of the leaderboard on six-under par with Paul Dunne.

Schwartzel - who is 128 under par at this event in his career - took time to find his groove, though, with a solitary birdie on his opening nine holes but after the turn he was in blistering form.

Four birdies came in six holes to move him into contention on the opening day before he picked up a further shot up at the last to tie with Dunne.

Charl Schwartzel is now 128 under par at the #DunhillChamps for his career.

That's 83 shots better than anyone else.

Dunne also enjoyed his opening round as he set the early pace, only a double-bogey at the par-four ninth blotting his scorecard as he signed for his 66.

The pair have a one-shot cushion to a group of six players that includes Brandon Stone, Max Orrin and Scott Jamieson.

Jamieson's start to the day hinted he could be clear on his own at the top of the leaderboard as he went birdie, eagle, birdie, bogey, birdie, birdie in his opening six holes.

He was unable to keep up his impressive scoring, though, as two further bogeys arrived before his next birdie at the 13th.

Nine players carded a four-under round of 68, while pre-tournament favourite Branden Grace is one further back after a disappointing end to his round that saw two bogeys.