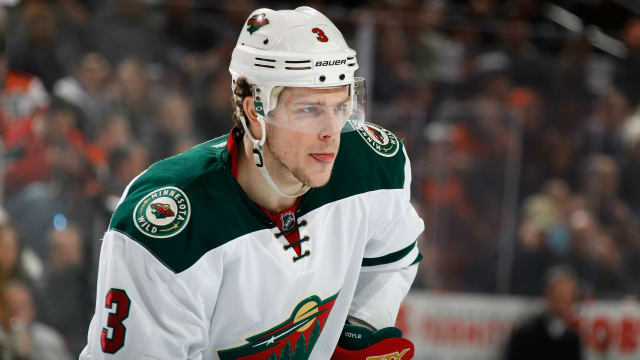 The Minnesota Wild showed no mercy as the indifferent form of reigning NHL Stanley Cup champions the Pittsburgh Penguins continued.

Pittsburgh lost for the third time in four games after going down 6-2 to the Wild on Friday.

The Detroit Red Wings prevailed 5-4 against the New Jersey Devils in overtime.

In a thrilling showdown, Mike Green scored the winning goal with less than two minutes remaining to lift the Red Wings to back-to-back victories.

The Chicago Blackhawks ended a two-game losing streak with a 3-2 win over the Anaheim Ducks, while the Washington Capitals defeated the Buffalo Sabres 3-1.

WILD USE POWER-PLAYS TO SINK PENGUINS

Charlie Coyle scored twice, including the opener 40 seconds into the first period.

Devan Dubnyk made 34 saves for the Wild.

It was a season-high night for Henrik Lundqvist as the New York Rangers overcame the Flyers in Philadelphia.

Lundqvist stopped 40 shots in a return to form, having been withdrawn from Wednesday's comprehensive loss to the Penguins, having conceded four goals in the second period of a 6-1 defeat.

Not since 2003 had the Calgary Flames got the better of the Boston Bruins in regulation time.

But that changed on Friday as Chad Johnson made 35 saves to give Calgary a 2-1 win in Boston.

If at first you don't succeed...#CBJvsTBLpic.twitter.com/c2dyK2pbda

You know Kane is gonna bury that shot. #CHIvsANApic.twitter.com/4C18KJZMzV

The Nashville Predators posted a crushing 5-1 win over the Winnipeg Jets, while the Columbus Blue Jackets overcame the Tampa Bay Lightning 5-3.

Elsewhere, the Dallas Stars edged the Vancouver Canucks 2-1, the New York Islanders lost 3-2 to the San Jose Sharks and the Arizona Coyotes trumped the Edmonton Oilers by the same scoreline but in a shoot-out.

After losing to the Wild, the Penguins return to the ice to face the Devils on Saturday. The Montreal Canadiens take on the Red Wings, while the Blackhawks meet the Los Angeles Kings on a day featuring nine games.