Juve can be 'so much better' - Marchisio 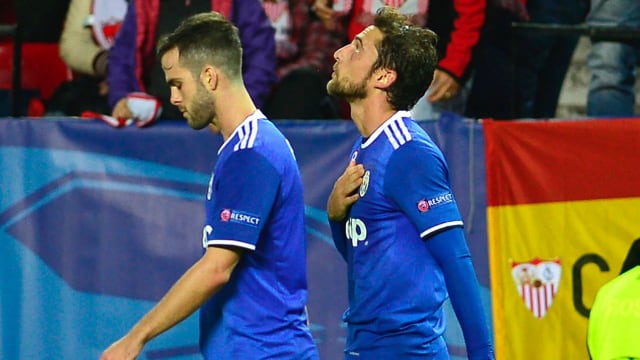 Claudio Marchisio believes Juventus have the ability to do "so much better" after they stuttered to a late 3-1 win at 10-man Sevilla in the Champions League on Tuesday.

The win secured Juve's passage to the round of 16 but Marchisio was not overly impressed with the team's performance, as they only clinched the victory thanks to goals from Leonardo Bonucci and Mario Mandzukic in the final six minutes.

Marchisio had previously levelled from the penalty spot just before the break, taking full advantage of Franco Vazquez's red card after Nicolas Pareja had opened the scoring.

Though Juve were under significant pressure from Vazquez's dismissal, Marchisio urged the Italian champions to do better.

"We still need to improve, because we have the quality to do so much better in this team," he told Mediaset.

"It was not easy here. The fans were really fired up, even when we scored the third goal.

"Our performance was not bad, as Sevilla are strong on home turf and rarely concede goals, but we scored three."

Coach Massimiliano Allegri agreed with Marchisio with respect to expecting more and criticised his men for making mistakes when the match was still in the balance.

"We are happy, as we achieved one of our objectives," he added. "But we have to improve and be sharper.

"I get angry when I see crazy things like giving the ball away in the final minutes or allowing cheap corners against a team so strong in the air - we conceded a goal in their only real chance - a corner - after 10 minutes."