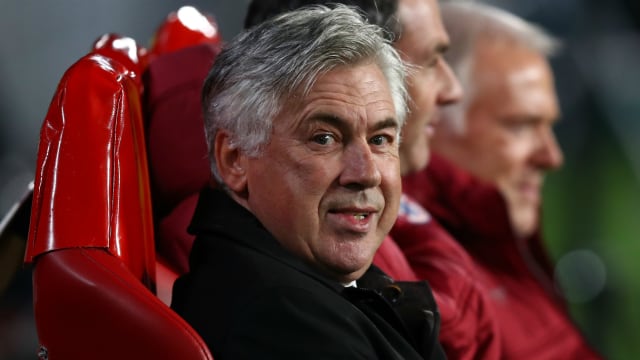 The champions travel to Signal Iduna Park looking for a win that would put nine points between them and Thomas Tuchel's side after just 11 matches.

Dortmund are the division's top scorers but have conceded twice as many goals as Bayern, who sit unbeaten at the top of the table.

And Ancelotti hopes to take advantage of any uncertainties at the back, having hinted at a possible formation switch.

"Dortmund have an attacking style with a lot of fast players. Sometimes, however, they have defensive problems, which is normal," he told a media conference.

"It's easier for the coach to prepare the players for such a game. They're all focused. That's more important than tactics."

Defender Mats Hummels will face Dortmund in the league for the first time since his move to the Allianz Arena, but Ancelotti has no concerns over his ability to handle the occasion.

"Hummels played in the [DFL] Supercup, he has a lot of experience. He has no problem playing against Dortmund," he said.

Ancelotti also backed Franck Ribery to perform after the winger admitted he would need to control his temper following some flare-ups with opponents this season.

"Ribery knows what he has to do on the pitch," Ancelotti added.