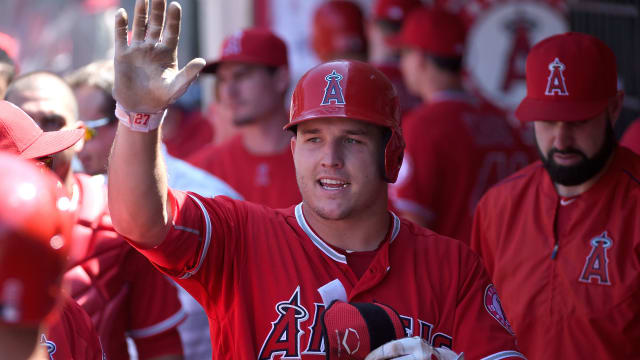 Los Angeles Angels outfielder Mike Trout is the Most Valuable Player in the American League (AL) for the second time in his career, edging Boston Red Sox outfielder Mookie Betts for the award in a surprise vote.

Trout collected 19 first-place votes to Betts' nine to clear the presumptive favourite by 45 total points in the ballot.

As great as Trout's campaign was, Betts was the anticipated front-runner.

The right fielder led the AL in total bases (359) and the majors in defensive runs saved (32).

Most importantly, by virtue of traditional thinking, his Red Sox won the AL East, giving Betts the edge over Trout.

The Angels center fielder played for a 74-88 team, which figured to knock him down a peg or two on some ballots.

But for the first time in his six-year career, that did not affect Trout in voting.