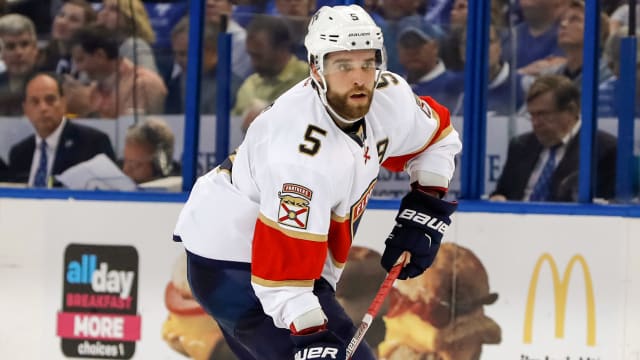 The Montreal Canadiens suffered their first home loss of the NHL season, while Steven Stamkos was hurt for the Tampa Bay Lightning.

After 10 consecutive wins at Centre Bell to start the campaign, the Canadiens went down to the Florida Panthers 4-3 after overtime.

Stamkos suffered an injury for the Lightning, but his team still managed to edge past the Detroit Red Wings 4-3.

Meanwhile, the Los Angeles Kings slumped to yet another loss.

Max Pacioretty scored first for Montreal before Alex Petrovic and Kyle Rau answered for the Panthers, who would then lead 3-2 when Denis Malgin netted after David Desharnais.

It was Paul Byron who forced overtime, only for Aaron Ekblad to score the winner two minutes, 59 seconds in.

Canadiens goaltender Carey Price made 20 saves in what was his first defeat of the season.

Stamkos had already had an impact before he left the game in the first period with a lower-body injury.

His goal helped the Lightning into a 2-0 lead, while they were also 3-1 up before a Red Wings comeback.

The Kings fell to their fourth consecutive loss, beaten 4-1 by the Colorado Avalanche.

Semyon Varlamov made 32 saves for the Avalanche, while Patrick Wiercioch had a goal and an assist.

Everyone's chasing Johnny. No one can catch Johnny. pic.twitter.com/MaVXTaO3Be

The St Louis Blues cruised past the Buffalo Sabres 4-1 and the Winnipeg Jets were 4-0 winners over the Chicago Blackhawks.

The Carolina Hurricanes edged the San Jose Sharks 1-0, the Columbus Blue Jackets beat the Washington Capitals 2-1 after overtime, the Ottawa Senators had a 3-2 shoot-out win against the Philadelphia Flyers and the Calgary Flames overcame the Minnesota Wild 1-0.

The New Jersey Devils needed overtime to get past the Dallas Stars 2-1, the New York Rangers thrashed the Vancouver Canucks 7-2 and the Anaheim Ducks beat the Edmonton Oilers 4-1.