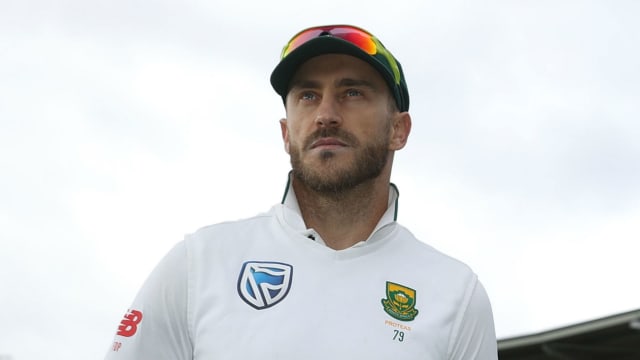 The ICC is investigating footage of stand-in South Africa captain Faf du Plessis during the second Test against Australia in which he may have breached the organisation's code of conduct.

After the Proteas crushed Australia by an innings and 80 runs in Hobart on Tuesday to take an unassailable 2-0 lead in the three-match series, a clip emerged of Du Plessis applying saliva to the ball with what is reported to be a lolly in his mouth.

Having supposedly polished the ball with a synthetic substance, the ICC are reviewing the footage to make a judgement on whether the South Africa skipper has broken the rules.

"The ICC has been alerted to the footage and is currently reviewing the incident from the perspective of it being a possible breach of the ICC Code of Conduct," a spokesperson told Omnisport.

Du Plessis has previous in relation to ball-tampering. In 2013 he pleaded guilty to one such charge during the second Test of South Africa's tour to Pakistan.

The batsman was fined 50 per cent of his match fee after being filmed rubbing the ball near the zip of his trouser pocket.