Amateur rugby player Alan Knuckey of Charlton Park had tried this backheel flick trick at least 50 times, but never had much success until this Sunday!

Watch as he chips it over the stunned Old Colfeians' defence with a flick of his heel, before collecting the bouncing ball and sprinting the length of the pitch to touchdown in front of a cheering (and laughing) crowd, who had emplored him to 'Do it now!' moments before the chip.


The scrum-half described the try as his "finest ever rugby moment" the 35 year-old now hopes this video will lead to his trick play being named after him. "I would love for people to say they have 'tried a Knuckey' - that would be the dream," he told BBC Sport. 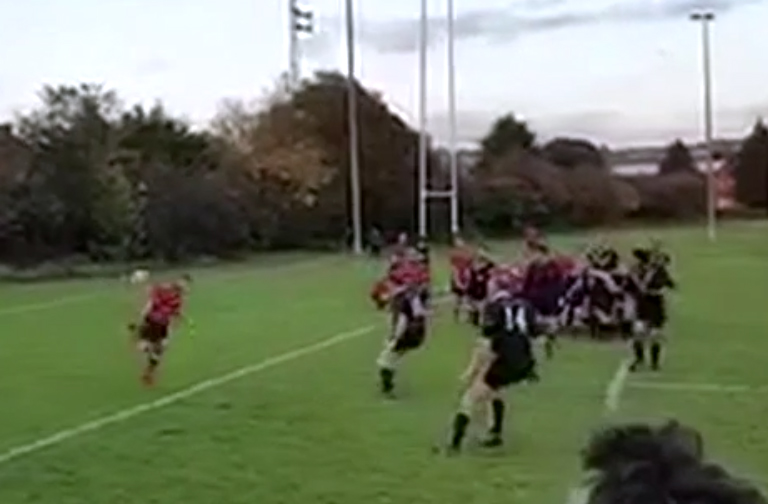 Watch clip with full audio below: