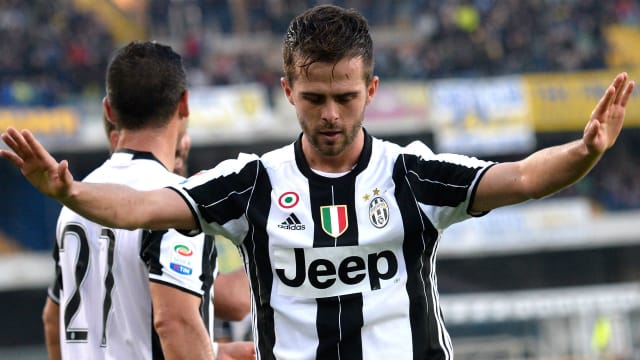 Miralem Pjanic believes his best is yet to come in a Juventus shirt after scoring a superb winner to sink Chievo 2-1.

The Bosnia-Herzegovina international stepped up to score a trademark free-kick and seal the points for Massimiliano Allegri's reigning champions after Sergio Pellissier's penalty cancelled out Mario Mandzukic's second-half opener.

Stefano Sturaro and the impressive Juan Cuadrado came close to adding to the scoreline in the closing minutes and Pjanic accepts they could have been more clinical in front of goal while preserving a five-point advantage over AC Milan at the summit.

"I won the free-kick and stuck it away, but we could have scored more today," he told the club's official website.

"I'm happy with the three points, because it was important to get the win. We can still improve, but we have a lot of new players - myself included - and we need to gel."

The close-season signing from Roma added: "I want to do more than just score free kicks - I want to give more.

"I'm adapting to a new style of play and I know that the expectations are high, but I'm calm."