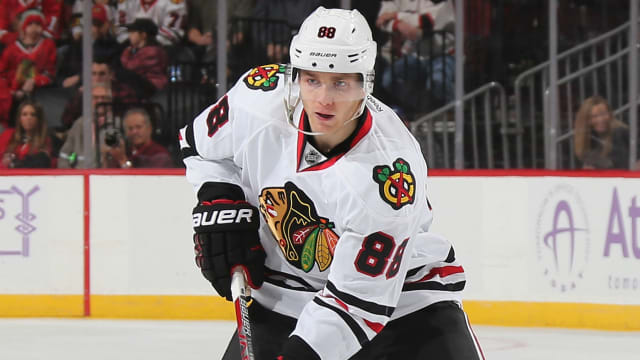 The Chicago Blackhawks and Washington Capitals made it five wins in a row, while the New York Ranger extended their streak to four games in NHL.

On Saturday, the streaking Blackhawks and Capitals won 3-2 and 4-2 against the Dallas Stars and Florida Panthers, respectively.

The Rangers accounted for the Boston Bruins 5-2.

A brace from Tyler Bozak helped the Toronto Maple Leafs to their third consecutive victory via a 6-3 win against the slumping Vancouver Canucks.

The Edmonton Oilers ended a three-game losing streak by rallying to beat the New York Islanders 4-3 in a shoot-out.

Patrick Kane is used to making the headlines, and it was no different on Saturday.

Kane scored the game-winning goal eight minutes into the second period as the Blackhawks extended their winning streak.

He also tallied an assist in the victory, while Corey Crawford made 31 saves.

If a loss to the Capitals was not bad enough, it got worse for the Panthers.

Veteran forward Jaromir Jagr left the game early, sitting out the final four minutes of the first period and never returned due to a groin problem.

Jagr, who led the Panthers with 66 points last season, has one goal and four assists in 12 games this term.

The Oilers returned to winning ways but they did it the hard way.

Edmonton trailed 2-0 in the first period and 3-2 in the second before finally seeing off the Islanders in a shoot-out.

Mark Letestu scored the only goal of the shoot-out.

MAPLE LEAFS DUO MATTHEWS AND MARNER 'LIVIN ON A PRAYER'

...take my hand, we'll make it I swearhttps://t.co/tjtKSBi0gLpic.twitter.com/U1V0ZH61ns

Carey Price stopped 34 shots as the Montreal Canadiens held on to beat the Philadelphia Flyers 5-4.

The Carolina Hurricanes trumped the Nashville Predators 3-2 in a shoot-out, the St Louis Blues outlasted the Columbus Blue Jackets in overtime, the Tampa Bay Lightning topped the New Jersey Devils 4-1, the Los Angeles Kings crushed the Calgary Flames 5-0, the Buffalo Sabres were 2-1 winners over the Ottawa Senators, the Minnesota Wild lost 1-0 to the Colorado Avalanche, while the Pittsburgh Penguins blanked the San Jose Sharks 5-0.

BLACKHAWKS, RANGERS BACK IN ACTION

With winning streaks on the line, the Blackhawks face the Stars on Sunday. The Rangers meet the Winnipeg Jets. Elsewhere, the Oilers take on the Detroit Red Wings.