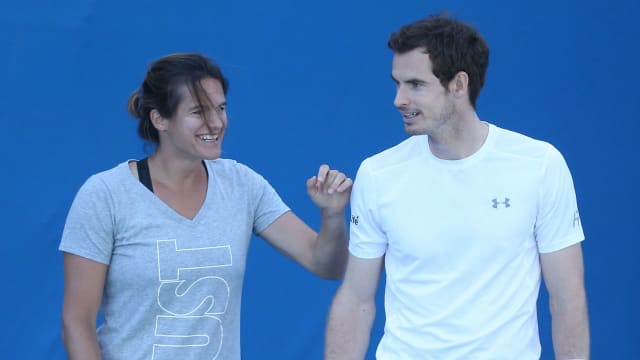 Amelie Mauresmo believes Andy Murray deserves to move to the top of the world rankings for the first time as a reward for his "incredible" exploits.

Murray needs to reach the final of the Paris Masters this week and hope Novak Djokovic goes out before the semi-final stage, or the Brit could also take over as the world number one if he is crowned champion in the French capital by beating any opponent other than the 12-time grand slam champion.

World number two Murray has only failed to reach the final in one of the 11 tournaments he has played in the last six months and has a career-best seven titles to his name in a stellar 2016.

Djokovic has topped the rankings for 122 consecutive weeks, but Murray's former coach Mauresmo thinks the Wimbledon and Olympic champion has earned the right to dislodge the Serb.

"It's extraordinary, he has been for a while really close to win another grand slam and then maybe to get this first position in the rankings," said the two-time major winner.

"He's incredibly hard working, he's at 2000 per cent in his game, and physically... he's among the best athletes with Novak Djokovic obviously on the ATP Tour currently.

"So I'm happy for him, he's been second for a long time, so if he's not first at the end of the year, I hope it'll be next year. It would be deserved.

"Yes there's a logic, he's one of the most gifted player of his generation, he's a huge worker like I said, physically, he's a rock, so yeah, it's completely normal."