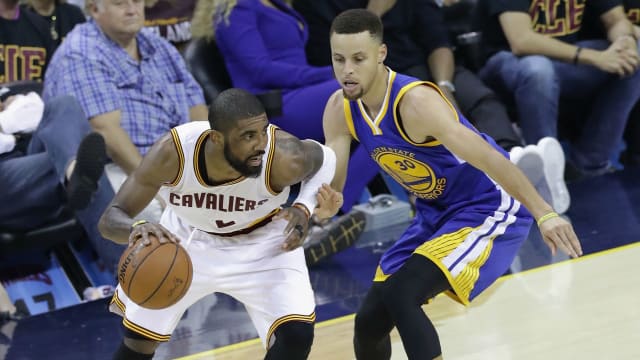 Steve Nash expects Cleveland Cavaliers to challenge for the NBA championship again next season and has backed Steph Curry or Kyrie Irving to be named MVP.

Cleveland came from 2-0 and then 3-1 down in the Finals to defeat the star-studded Golden State Warriors 4-3 and win the first title in their franchise history last June.

"Cleveland should be applauded for their comeback in the Finals," Nash told Omnisport.

"They're very capable of winning again. LeBron [James] is one of the greatest ever, Kyrie was amazing. They'll be right there. They're in an easier conference which is a help and a hindrance, they'll be there at the end."

Curry is the reigning MVP, an accolade Nash earned twice in his glittering career.

And the former Phoenix Suns, Dallas Mavericks and Los Angeles Lakers point guard believes few players will be able to challenge Golden State superstar Curry and Cleveland's Irving for the individual prize this time around.

"[It] will still be a great league despite [the] Warriors' super team," he said.

"LeBron joined Miami, this isn't anything new. Golden State offers an even better chance to win than Miami. KD's move is nothing new..."