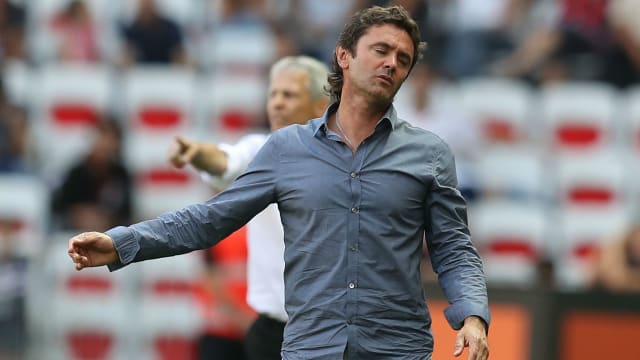 Sylvain Ripoll has been sacked by Lorient with the club rooted to the bottom of the Ligue 1 table.

Ripoll replaced long-serving coach Christian Gourcuff in 2014 and led the club to finishes of 16th and 15th in his two seasons at the helm.

Lorient have secured wins over Lille and Lyon this term, but suffered an eighth top-flight defeat in 10 matches when they went down 1-0 at Dijon on Saturday.

Ripoll has subsequently been dismissed from his role, with a replacement yet to be named.

"FC Lorient has decided to relieve Sylvain Ripoll of his position. Additional information on the organisation of the club will be announced later," an official club statement read.