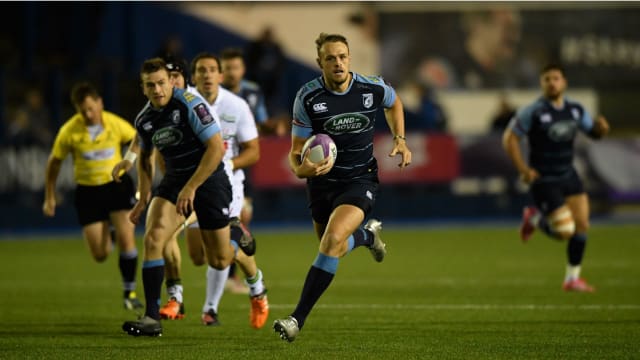 Cardiff Blues moved back to the top of Pool Four with a 27-12 European Challenge Cup victory over Pau in the Welsh capital on Friday.

Bath's win against Bristol on Thursday had seen Todd Blackadder's men climb to the summit, but the Blues ran in three tries to go one point clear.

Blaine Scully got the hosts off to a flying start at the Arms Park when he went over in the corner after just two minutes.

Steven Shingler's boot secured a 13-5 half-time advantage for the Blues after Daniel Ramsay had pulled a try back for the Top 14 outift, and it was Danny Wilson's side who kicked on in the second half.

Shingler was a key figure for the Blues and provided the pass for Wales centre Cory Allen to go over for his first try before adding the extras.

Allen added a second try on the hour mark, but the Blues were unable to add the fourth that would have secured a bonus point and extra breathing space at the top of the pool.

Instead it was Pau who picked up a late try, with Pierre Dupouy crashing over in the closing stages.