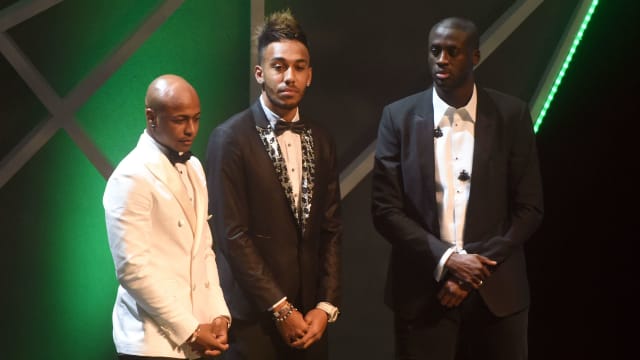 Pierre-Emerick Aubameyang will be among the frontrunners for the 2016 African Footballer of the Year award, but four-time winner Yaya Toure has not been shortlisted.

Borussia Dortmund striker Aubameyang won the accolade, conferred by the Confederation of African Football (CAF), for 2015 after a scorching start to the previous season for the Bundesliga club.

The Gabon international beat off competition from Andre Ayew and Toure, who made headlines with his bitter reaction.

Toure had captained Ivory Coast to victory in the 2015 Africa Cup of Nations and, upon being overlooked, branded the decision to honour Aubameyang as "pathetic".

Having been frozen out at Manchester City since the arrival of Pep Guardiola, the 33-year-old has not made the 30-man shortlist for the next edition of the continental award, denying him the chance of winning for a record fifth time.

Samuel Eto'o has been included and will be aiming to achieve that feat himself, while other notable names include Serge Aurier, Gervinho, Mehdi Benatia and Kalidou Koulibaly.

Among the other contenders are Leicester City and Algeria duo Riyad Mahrez and Islam Slimani, while Ayew has made the cut despite being sidelined since August with a thigh injury.