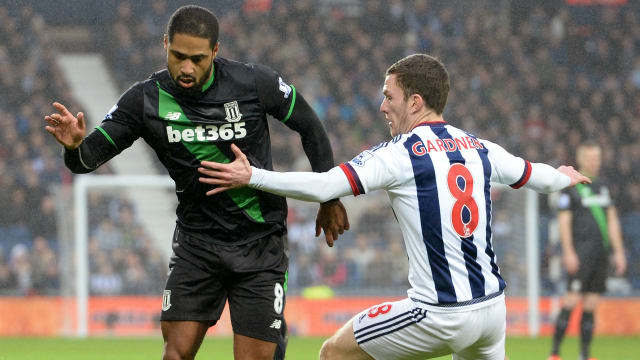 Stoke City right-back Glen Johnson has been ruled out for at least three weeks, hampering the attempts of manager Mark Hughes to kick-start his team's spluttering season.

Sunderland visit bet365 Stadium on Saturday in a clash between the only two Premier League clubs without a win this season and the hosts will be without their former Liverpool fullback.

"Glen Johnson will be missing after sustaining a thigh injury in training on Tuesday," said Hughes. "It looks like we will be without him for three or four weeks, or even maybe longer.

"Joe Allen is also doubtful, but we are hopeful on him. He has had a bit of discomfort, which is probably down to the workload he has put in. He has had a busy summer and is now playing week in, week out, which maybe he hasn't done for a while.

"You can see the amount of work he puts in on the pitch, so we have to be a little bit careful with him."

Hughes feels Stoke are progressing slowly after a disappointing start to the campaign and is hoping to build on their promising 1-1 draw at Manchester United before the international break.

"He added: "We have been really encouraged with our performances the last two or three games and people can see that we are getting back to our levels.

"Getting a point at Old Trafford was hugely positive for us, and we are back on track now from our point of view.

"The break came at a bad time, because we would have loved to have come straight into a home game after doing so well at Old Trafford. We have that chance this weekend though, and we are looking forward to it.

"It is one that we need to win, and one that we feel we can win. I have the confidence in the team to win the game.

"Sunderland may come here with a defensive mindset, but clearly they have threats on the break with the likes of Jermain Defoe, so we have to be mindful of that. We understand what they offer and we will need to be vigilant.

"Everybody has come back from the break in good heart and is ready to get back down to business."