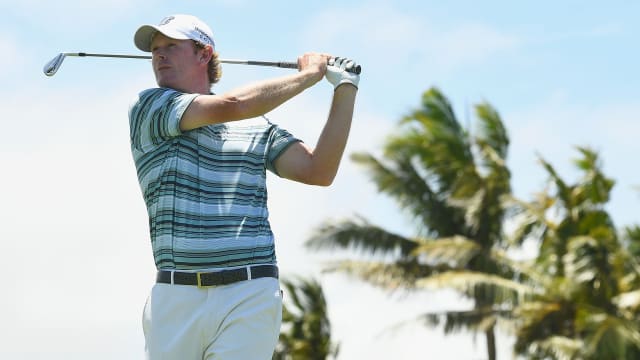 Brandt Snedeker pulled clear at the Fiji International, taking a three-shot lead after the third round on Saturday.

The American managed the windy conditions at Natadola Bay Golf Course better than most, carding a two-under 70.

Snedeker, fresh from helping the United States win the Ryder Cup, moved into 12 under after a steady round which saw him hole three birdies and just one bogey.

Australian Anthony Houston (73) is three shots back in second, ahead of countryman and overnight leader Matthew Giles (75).

Kiwi pair Michael Hendry and Gareth Paddison, who shot a course-record 64 on Friday, are tied for fourth at seven under.

Local hero and three-time major champion Vijay Singh managed an even-par 72, but sits at one over and too far back to threaten.