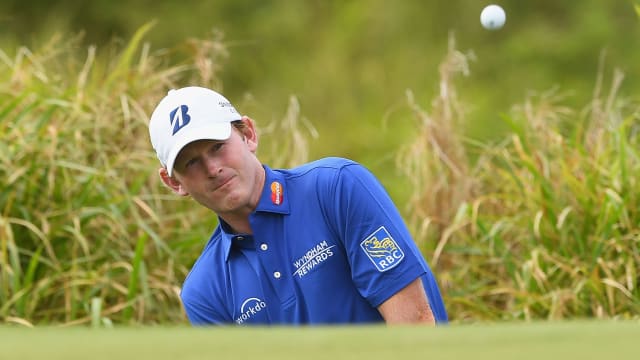 Brandt Snedeker surged into contention at the Fiji International, shooting a seven-under 65 to be just one shot off leader Matthew Giles.

Giles produced another consistent round in Natadola on Friday, his 66 seeing him into 11 under and the outright lead.

The Australian is a shot clear of American Snedeker, who is an eight-time winner on the PGA Tour.

Beginning on the back nine, Snedeker made birdies on holes 10, 15 and 17 before another at the first.

An eagle at the par-five sixth and a birdie to finish saw him complete a fine round.

Alongside Snedeker in a tie for second is overnight leader Anthony Houston, who carded a 69.

Jake Higginbottom (70) is two shots further back and Aaron Pike (70) is at seven under.

Local Vijay Singh made the cut despite a three-over 75 leaving him at one over and tied for 42nd.

Houston's opening-round 65 on Thursday tied the Natadola Bay Championship Golf Course record, but that was broken a day later.

New Zealander Gareth Paddison, who opened with a 76, produced an eight-under 64 and is tied for 15th.