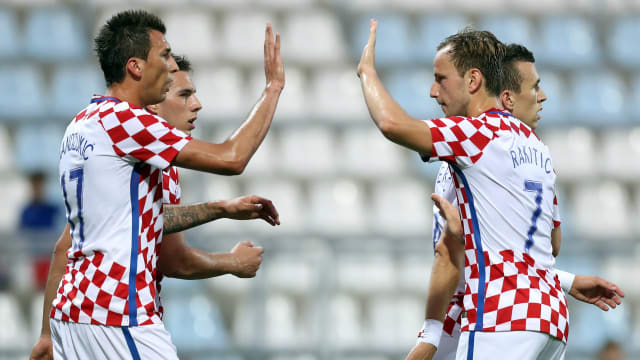 A first-half Mario Mandzukic hat-trick helped Croatia condemn Kosovo to a 6-0 hammering in their first competitive match at home.

Kosovo, playing in Shkodra in neighbouring Albania as they do not have a suitable UEFA-approved stadium, are embarking on their first World Cup qualifying campaign after becoming a member of UEFA and FIFA in May 2016, but their newly formed status was plain to see as Croatia cruised.

Juventus striker Mandzukic opened the scoring with a clinical finish when one-on-one early on before a couple of headers completed his treble and had Croatia three ahead 10 minutes before the break.

Matej Mitrovic bundled home from close range in the second half and then Ivan Perisic and Nikola Kalinic completed the scoring in the final seven minutes.

The result leaves Croatia level with Iceland on four points at the top of Group I, while Kosovo sit bottom with a single point to their name.