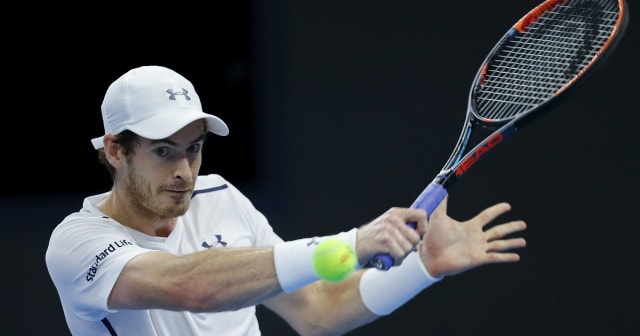 Andy Murray will face fellow Briton Kyle Edmund in the quarter-finals of the China Open after overcoming Andrey Kuznetsov in straight sets.

The three-time grand slam champion, who is eyeing up the world number one spot amid Novak Djokovic's injury problems, cruised to a 6-2 6-1 triumph.

Murray recovered from being broken in the first game, hitting back with seven breaks of his own across a match that lasted little more than an hour.

His compatriot Edmund endured a tougher task against seventh seed Roberto Bautista Agut, eventually prevailing 6-4 4-6 6-4 despite going a break down in the decider.

There were two other last-16 matches among the first-round ties, with Germany's Alexander Zverev beating Jack Sock 6-4 6-2 to set up a meeting with fifth seed David Ferrer, who proved too strong for Fabio Fognini.

Also in Beijing on Wednesday, Bernard Tomic was defeated by Pablo Carreno Busta, Richard Gasquet downed Sam Querrey, and there were wins for Malek Jaziri, Grigor Dimitrov and Adrian Mannarino.