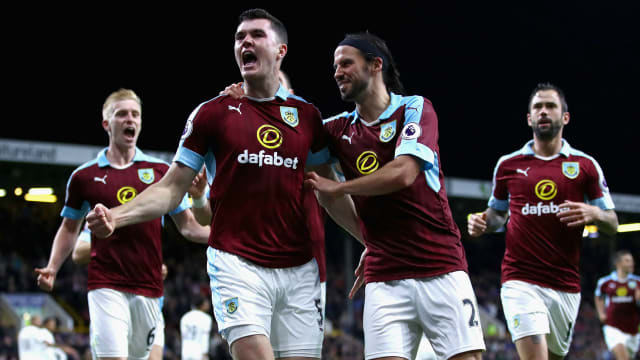 Uncapped Burnley defender Michael Keane has been called up to England's squad for the World Cup qualifiers against Malta and Slovenia as a replacement for Glen Johnson.

Former Manchester United youngster Keane has been in impressive form for Burnley since their top-flight return, starting all seven Premier League matches this season and scoring in the 2-0 win over Watford.

Johnson was named in an England squad for the first time since the 2014 World Cup by interim boss Gareth Southgate but the 33-year-old Stoke City full-back has been forced to withdraw through injury.

With Liverpool's Nathaniel Clyne already an absentee, it leaves Tottenham's Kyle Walker as the only recognised right-back at Southgate's disposal as the Three Lions look to build on a last-gasp 1-0 victory over Slovakia in Group F that proved to by Sam Allardyce's sole game at the helm.

There's a change to the #ThreeLions squad: