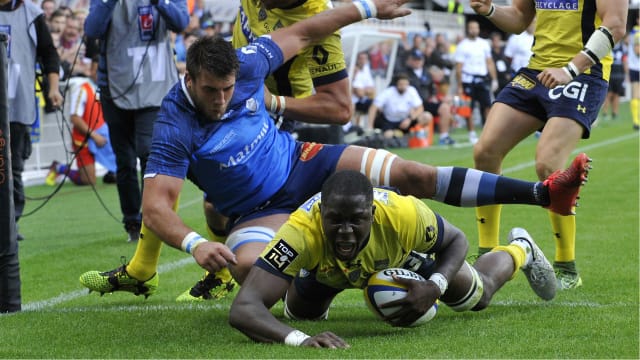 Clermont Auvergne climbed to the summit of the Top 14 table - at least for the time being - with a 29-19 victory over Castres on Saturday.

With top two La Rochelle and Montpellier not in action until Sunday, Clermont had to work hard to capitalise on their chance to leapfrog the pair.

Castres held a 13-11 lead at the break at Stade Marcel Michelin, but Clermont dominated the second period, with early tries from Judicael Cancoriet and Noa Nakaitaci putting daylight between the teams.

Toulouse were comfortable 31-3 victors over Grenoble to maintain their promising recent form, laying down the foundations for victory by going in 17-3 up at half-time.

The result sees Toulouse go fourth, while Grenoble remain rooted to the bottom of the table with just one win from seven matches.

Bayonne, who had been level on points with Grenoble heading into the weekend's action, picked up two points in a 22-22 draw with Lyon - Raphael Lagarde kicking three points from the tee with two minutes left to secure a share of the spoils.

The former turned around a 28-20 deficit with 10 minutes remaining to triumph 30-28 at Stade du Hameau, while Brive were 25-16 winners against Racing.