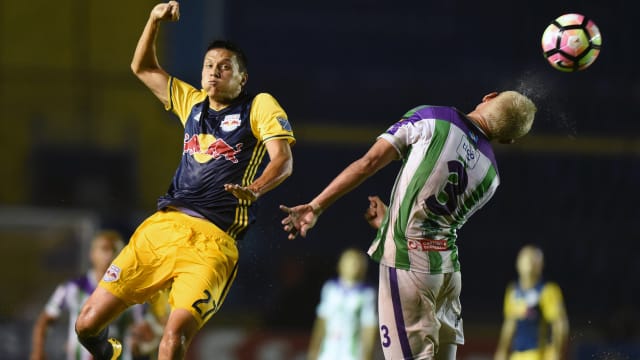 The New York Red Bulls booked their spot in the CONCACAF Champions League quarter-finals, while the Portland Timbers left it late.

A 0-0 draw against Antigua GFC on a wet Tuesday in Guatemala was enough for the Red Bulls to seal top spot in Group F.

Jesse Marsch's men are on eight points, six clear of Antigua and Alianza.

Mike Grella squandered a chance for the Red Bulls, while substitute Mauro Portillo missed the best opportunity for the hosts in the second half.

Jorge Zaldivar made a brilliant last-ditch clearance to deny the visitors, but a point was enough for the Red Bulls.

FT: After a scoreless draw, @NewYorkRedBulls are on to the #SCCL quarterfinals pic.twitter.com/piwB0MAFzY

In El Salvador, the Timbers had a thrilling 2-1 victory over Dragon.

After Fanendo Adi cancelled out Kevin Melara's opener, Darlington Nagbe was the hero with a late winner.

The Timbers are second to Deportivo Saprissa, who hold a one-point lead atop Group B.