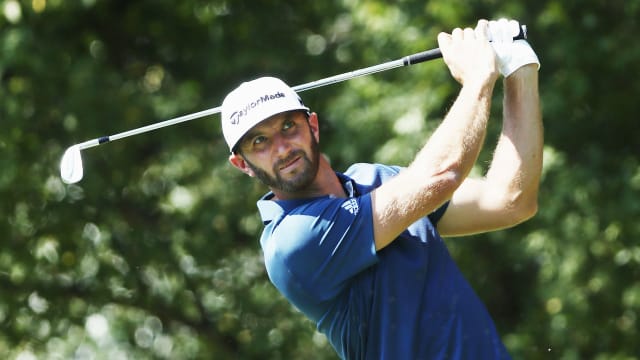 The 2016 Ryder Cup has arrived and the United States team is finally confirmed after captain Davis Love III picked Ryan Moore for his final selection.

Despite losing three straight competitions, the Americans enter this year's event at Hazeltine as many people's favourites, against a European side featuring half a dozen rookies.

Led by Dustin Johnson, arguably the best player in the world right now, the hosts will look to put their Sunday singles woes to bed.

Alec Brzezinski looks at three reasons why the USA will find a way to win.

The team's morale and relationships appear strong this year, which gives Love a lot of options with his pairings.

Despite Dustin Johnson saying he should not partner Phil Mickelson after their disastrous run together in 2010, they could succeed together. And they do not have to.

This team is equipped with good putters, dangerous wedge players, long hitters and crisp iron players. There are fiery players, calm players, passionate players and guys that are just sick of hearing about USA always losing.

Most of the players making up the US team are friends off the golf course (Rickie Fowler and Jordan Spieth went on that epic spring break golf trip with Justin Thomas and Smylie Kaufman), and everyone on the team will be in Minnesota determined to do whatever it takes to win.

There was a lot of talk about discord two years ago when Mickelson publicly humiliated then-captain Tom Watson in the team's post-tournament interview. That cannot happen again. Players and captains need to be on the same page, and so far, for the most part (Mickelson did raise some concerns again on Sunday), that seems to be the case for the US.

Fowler was a classic case of someone being picked because he is well-liked by his peers and he can play alongside anyone. His form has not been great since a hot start to the season, but Fowler might be the guy Mickelson chooses to play with this time around.

Hazeltine suits the US squad better than the Europeans. Not only do the visitors have six Ryder Cup rookies on their roster, they have four guys who play almost exclusively on European soil. While Hazeltine's rough is not particularly daunting, it has the slick greens and overwhelming length more commonly encountered on the PGA Tour.

The US boast a combination of long hitters and great wedge players, two of the most important things on this course. The Europeans have a few of those too, but it will be harder for them to group everyone with a partner that makes up for any weaknesses.

Europe have never won four in a row. It is true, they have dominated the Ryder Cup in recent years, winning six out of the last seven competitions. But smack bang in the middle of Europe's two hat-tricks was a US win at Valhalla in 2008.

Davis Love III and Tiger Woods are fiery competitors who have assembled a team of players tired of losing, especially at home. Though the Europeans have a number of talented performers, including two of this season's major-winners, they have a lot of question marks in Matt Fitzpatrick, Andy Sullivan, Chris Wood and Thomas Pieters. Those guys may come out and light up the course, but there is reason to believe Europe's winning streak is about to end.