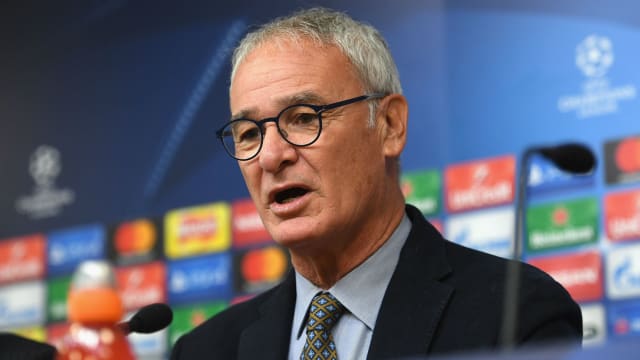 Leicester City manager Claudio Ranieri has turned to club-record signing Islam Slimani for tips on how to beat Porto in the Champions League.

With this in mind, Ranieri has sought to tap into the Algeria striker's knowledge ahead of Leicester's first home game in the Champions League.

"I spoke with [Slimani] about Porto," he told a pre-match news conference. "We have a lot of respect for Porto. They're more experienced in Europe. They have played so many matches.

"They are used to staying at the top of their league. We respect them a lot but we will try to win. Porto will also try to win.

"Slimani has got to play. He's a goalscorer against Porto. I'm sure it would be a very good threat to them."

Marc Albrighton echoed his manager's suggestion that Porto will prove tough opponents, though he was keen to add that Club Brugge, beaten 3-0 by Leicester in their opener, also had pedigree.

"I wouldn't say Brugge was an easy game," he said. "You don't play an easy game in this competition. Credit to us how we played out there.

"Porto will be as tough. We've got to be organised and compact. Going into this game we've done our work and what we need to know."