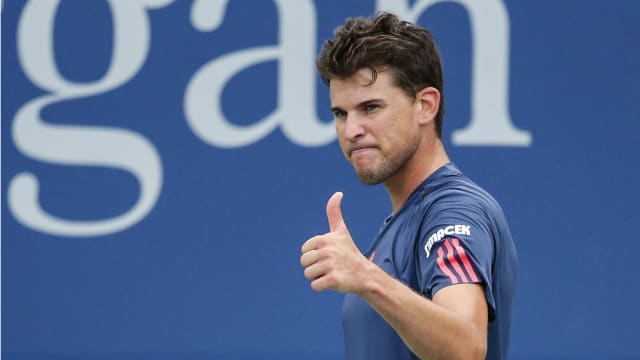 Peter Gojowczyk's Moselle Open heroics came to an abrupt end on Wednesday as the German qualifier was dumped out by top seed Dominic Thiem.

Gojowczyk recorded his first win on the ATP Tour on Tuesday when he beat Nicolas Almagro in Metz, but he could not repeat the feat against Thiem, the top seed cruising to a 7-5 7-6 (7-2) win.

Sixth seed Gilles Muller is also through to the last eight after he beat another qualifier in Nikoloz Basilashvili in straight sets.

Muller edged a tight opening set thanks to a break in the fifth game, the world number 37 going on to serve out to love to take an early lead.

It was the platform he needed to cruise to victory, a further two breaks in the second completing a 6-4 6-2 triumph, and set up a meeting with Thiem.

Julien Benneteau is the third man into the quarter-finals, the Frenchman easing to a 6-3 6-4 win over flamboyant German Dustin Brown.

Former champion Tommy Robredo will not challenge for a repeat of his 2007 title, though, after he was beaten 7-6 (7-5) 7-5 by Jan-Lennard Struff in the first round.

Eighth seed Nicolas Mahut is also through to round two after a 6-3 6-4 win over Quentin Halys, while Wednesday also saw victories for Illya Marchenko, Pierre-Hugues Herbert and Malek Jaziri.