Seluk: Guardiola did not respect City 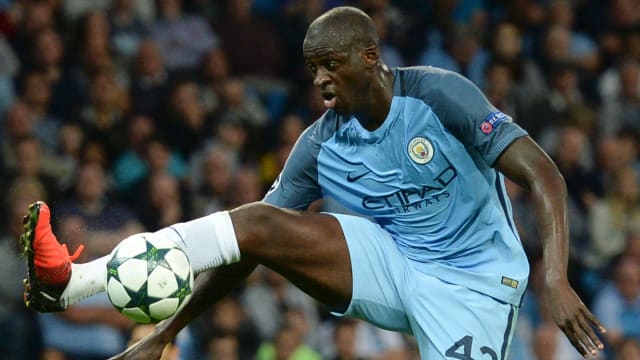 Yaya Toure's agent Dimitri Seluk has continued his verbal offensive against Pep Guardiola, accusing the Manchester City boss of labelling his current club as a "s*** team" back in 2010.

Guardiola said on Tuesday he would not select Toure for City until the player apologised for Seluk's public complaints that the former Ivory Coast international was left "humiliated" by his omission from the Premier League leaders' Champions League squad.

Far from backing down, Seluk launched a lengthy tirade in response - via interviews with Sky Sports News and the Daily Mirror - in which he belittled Guardiola's achievements and questioned his integrity over City announcing his appointment while Manuel Pellegrini remained at the helm last season.

Seluk continued the theme on Wednesday, telling Radio Barcelona that when Guardiola was Barcelona coach and Toure left Camp Nou to join City in 2010 he was disparaging over the merits of a club who were without a major trophy in 34 years at that point.

"When Toure left the club to come to City, Guardiola told him he was leaving to a s*** team," he said.

Toure joined City reputedly as the club's highest earner and scored the winner in that season's FA Cup final against Stoke City to end their trophy drought.

Further crucial goals and contributions followed on the way to glory in the 2011-12 and 2013-14 Premier League seasons, while the 33-year-old equalised in the 2014 League Cup final win over Sunderland before scoring the decisive penalty as City reclaimed the trophy at Wembley versus Liverpool this year.

But the current impasse appears increasingly likely to end Toure's decorated City career on 269 appearances and 72 goals, as his team-mates prepare to face Swansea City in the third round of the EFL Cup on Wednesday.