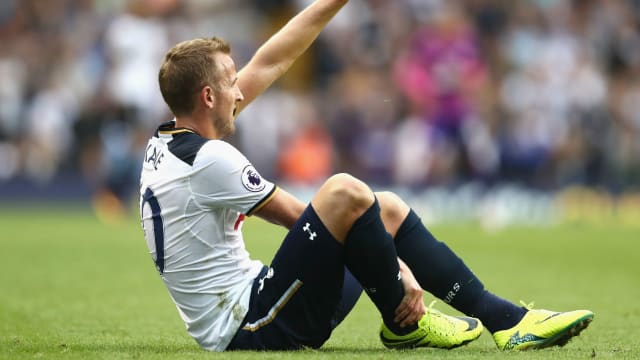 Harry Kane has suffered ligament damage to his right ankle, but Tottenham manager Mauricio Pochettino is hesitant to put a timeframe on his recovery.

England international Kane scored the winner as Spurs overcame Sunderland 1-0 in the Premier League on Sunday.

But he had to be carried from the field on a stretcher after turning his ankle in a challenge with Papy Djilobodji late in the game at White Hart Lane.

"He [Kane] has injured his ankle ligaments," Pochettino confirmed on Tuesday, amid reports the forward could face up to two months out.

"We will continue to assess him every day but don't want to put a timeframe on it."

Pochettino also lost Eric Dier and Mousa Dembele to apparent hamstring problems against Sunderland, although the Argentine later revealed the midfield duo were suffering from cramp.

The head coach is not anticipating any major problems for Dier or Dembele, as Spurs prepare to face Gillingham in the third round of the EFL Cup on Wednesday.

"We will assess Mousa Dembele and Eric Dier today and see what happens. We're not expecting any big issues," Pochettino added.