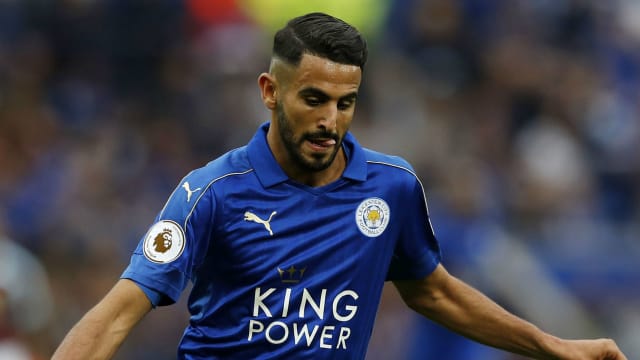 Leicester City captain Wes Morgan indicated Riyad Mahrez could soon be back to his best after helping the Premier League champions brush aside Burnley on Saturday, but stressed the winger cannot be expected to star every week.

Mahrez has struggled to replicate the displays that saw him named the PFA Player of the Year as the Foxes defied the odds to win the title last season.

But the Algeria international has looked sharp in successive 3-0 wins for Leicester, scoring twice away to Club Brugge in the Champions League and then starring against the Clarets at King Power Stadium.

And skipper Morgan offered a reminder of how difficult it is for any player to consistently produce their best form.

"He gave himself such high standards - it is impossible to keep the same standard and quality throughout a whole season," the centre-back was quoted as saying by the Leicester Mercury.

"There are going to ups and downs throughout a whole season and that is going to be for everyone.

"But he was very good, created some goals, looked like a constant threat and he was the catalyst for the own-goal they [Burnley] conceded.

While Mahrez did not get on the scoresheet against Burnley, Islam Slimani, signed for a club-record fee of £30million for Sporting CP, opened his account with a double at the expense of Sean Dyche's visitors.

"It was a great start and I was very impressed by him against Brugge," Morgan said of the striker.

"He is a presence up there and works hard for the team. I am glad to see him get his two goals."