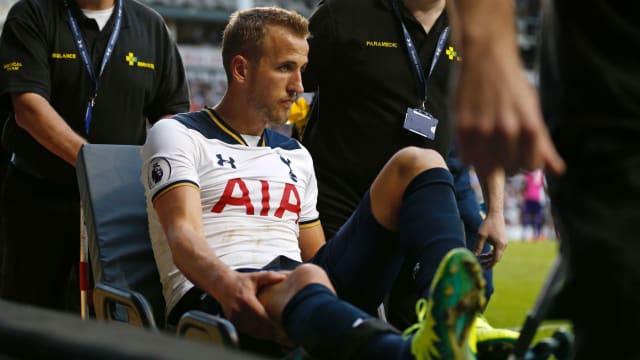 Mauricio Pochettino must wait to find out the severity of the injury suffered by matchwinner Harry Kane against Sunderland, although he is confident over Mousa Dembele and Eric Dier's fitness.

Kane scored the only goal of a match Spurs dominated in the 59th minute but hurt his ankle in a challenge during the closing stages with Sunderland defender Papy Djilobodji.

It capped a concerning spell for Pochettino, whose unbeaten side lie third in the Premier League, after Dembele and Dier also limped out of the action

"Mousa Dembele and Eric Dier got cramps in their hamstrings," the Argentine explained on Sky Sports.

"It's a coincidence. They will be available for the next few games.

"We'll see tomorrow how is [Kane's] ankle. I'm happy for him, but disappointed with his injury.

"The image [of the challenge] was a little bit tough, but we need to assess tomorrow. We hope it's not a big issue for us."

Spurs suffered a disappointing 2-1 reverse against Monaco in the Champions League in midweek and Pochettino was pleased to see his profligate side bounce back against a struggling Sunderland team who had Adnan Januzaj sent off in the final minute of normal time.

"Sometimes it's difficult. In the end it was fair," he said.

"We fought a lot and tried to score. I'm happy with the three points and it takes away the feeling from losing against Monaco.

"I want to create chances and play well - sometimes you need a lot of chances to score.

"Today we always tried to go forward. We feel disappointed because we created a lot of chances in the first half."