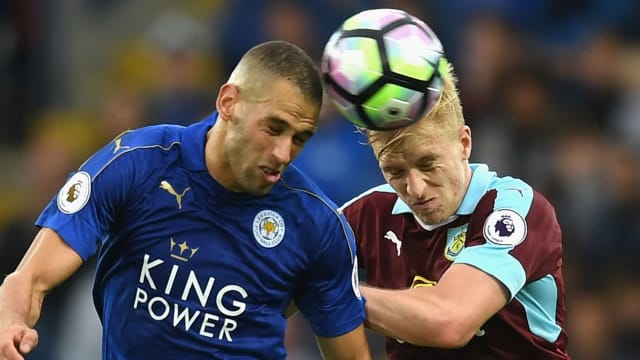 The striker joined Leicester at the end of the transfer window for a reported club-record fee of £30million and made an instant impact in his first league start, helping the champions to a 3-0 win over Burnley.

Ranieri was impressed with his new addition, but was keen to stress that Slimani must continue to score, otherwise they will have a "problem".

He told reporters: "We scored three goals and Islam Slimani scored twice. I think our fans are very happy.

"It's important Slimani continues to score because if he only scores in the first match we have a problem. He is a good lad and very happy."

"It took a while to get going but once we came into our own we got the goal at a good time," he added. "After the break the second goal made the game a bit more comfortable.

"Islam Slimani has been brilliant. The other night [against Club Brugge in the Champions League] he worked tirelessly for us and he's done it again. We have now got five strikers and have great options."