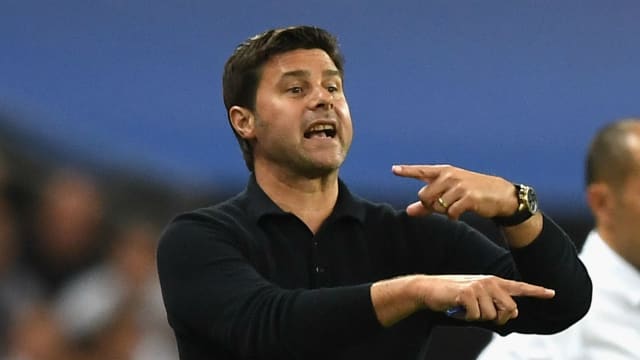 Mauricio Pochettino criticised the manner of the goals his side conceded after Tottenham were beaten 2-1 by Monaco in the Champions League.

Spurs are playing their home European fixtures at Wembley Stadium this season, while work on their new ground means White Hart Lane's capacity is reduced, but Pochettino's men failed to perform at their best in front of a crowd of over 85,000.

Monaco took the lead after 16 minutes through Bernardo Silva's brilliant solo effort and substitute Thomas Lemar made it 2-0 from close range 15 minutes later.

Toby Alderweireld pulled one back for Spurs just before half-time, but Monaco's possession football killed the home side's momentum after the interval.

"We conceded a goal after 16 minutes that, at this level and in football, you cannot concede," Pochettino told BT Sport.

"We conceded the second in the same circumstances as the first.

"We improved in the second half and had chances to win the game but after conceding the first they started to play comfortably with the ball and with calmness.

"They had only two shots on target and scored twice. We feel very disappointed with the result, we deserved more but you cannot concede like we did."

Pochettino sent on Mousa Dembele in the second half and the midfielder's presence seemed to lift Spurs, allowing Dele Alli to play further forward and probe for an equaliser.

Alli indicated he did not mind being moved around the pitch, saying: "I'll play wherever the manager wants me to, it's not a problem. We started poorly and they punished us for it. We did enough to win the game but we didn't take our chances.

"Monaco are a good team but we weren't ruthless enough. The fans came out in numbers and never stopped singing. We need to pick ourselves up and win the next game."

"Falcao has been decisive for us because of his effort defensively. He served as a point of support and helped us to start from the back," he said.

"Silva played a very good match. He was very important in the transitional phases of the game."