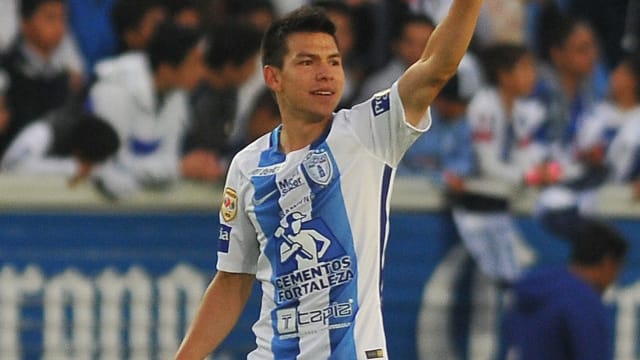 Pachuca took a huge step towards the CONCACAF Champions League quarter-finals as the Vancouver Whitecaps booked their place.

It took them 22 minutes to open the scoring through Mateus at FFB Field in Belmopan on Tuesday, but it was one-way traffic from then on.

Hirving Lozano, a Manchester United target in the off-season, struck four times for the visitors.

Jose Joaquin Esquivel and Ruben Botta finished with braces in the comprehensive victory, with four goals coming in the final 20 minutes.

It marked a new record for most goals scored in a single CONCACAF Champions League match.

Pachuca are top of the group on nine points, six clear of Olimpia and nine ahead of bottom-placed Police United.

Erik Hurtado saw his opener cancelled out by Diego Rubio, but the Whitecaps found a late winner through 15-year-old Alphonso Davies.