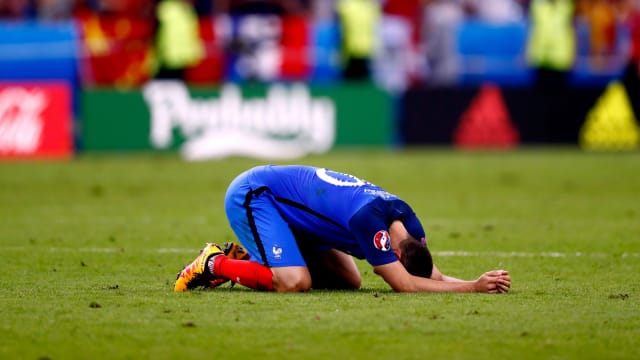 France striker Andre-Pierre Gignac says he is haunted by his miss during the Euro 2016 final defeat to Portugal in July.

With the game goalless in second-half stoppage time, Gignac turned a low shot past goalkeeper Rui Patricio, only to see the ball come back off the base of the post.

Portugal went on to snatch victory against the host nation in extra time, with Eder rifling home from distance to seal his country's first major trophy.

And Gignac concedes that it is difficult not to think about what might have been had his shot crept in off the woodwork.

"The first week afterwards was very tough. It will haunt me for the rest of my career," the Tigres forward told Telefoot.

"I thought of the joy of my team-mates, had I scored that goal in the 92nd minute. It was very difficult. Footballers or former players can understand it."