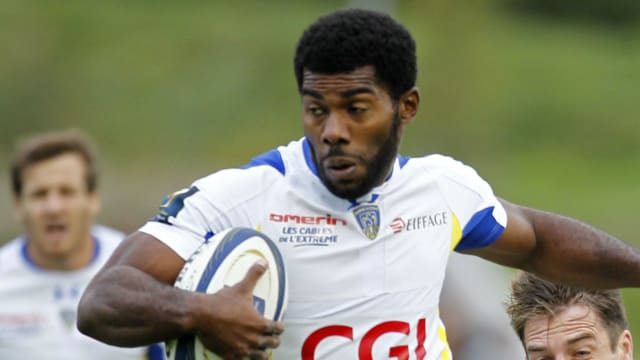 Noa Nakaitaci scored a hat-trick as Clermont Auvergne gained revenge for a dramatic Top 14 defeat to Racing 92 last season by hammering the champions 47-10 at Stade Marcel Michelin on Saturday.

Racing won a pulsating last-four encounter 34-33 after extra time in June to set up a showdown with Toulon, but it was a very different story just less than three months later as Clermont moved up to second in the table in ruthless fashion.

Clermont were held 30-30 in a thriller at Stade Francais last weekend and made a big statement to their rivals early in the season by crossing five times in addition to a penalty try in a one-sided encounter.

Sorry Racing were totally outplayed, with clinical Clermont taking a commanding 27-3 lead at the break courtesy of Nakaitaci's opening try, one awarded by referee Roman Poite and another courtesy of Camille Lopez.

The tide never looked like turning after the break as towering wing Nakaitaci added another two scores and Davit Zirakashvili got in on the act, while Morgan Parra scored 14 points from the tee and Lopez landed a drop-goal in a crushing win.

La Rochelle are top of the table with three wins out of four following a 43-18 drubbing of Lyon.

The leaders scored 24 points without reply in the second half, with Kini Murimurivalu scoring two of their four tries at Stade Marcel Deflandre.

France fly-half Jules Plisson scored 11 points and was sent off for foul play at the ruck but Stade held off Castres 29-25 to go third.

Australia's Adam Ashley-Cooper marked his return from international duty with a try in Bordeaux-Begles' 40-20 win over Bayonne, while Montpellier hammered Pau 41-13.