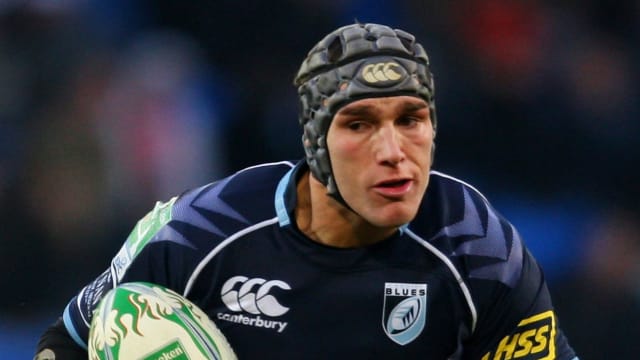 Tom James scored two first-half tries as Cardiff Blues made it two Pro12 victories out of two by edging out Munster 24-23 at Thomond Park on Friday.

The lively wing slipped away from several tackles to go over for his 50th try for Cardiff early on and, after Andrew Conway dotted down for the home side, James scored again to put the Blues 17-10 to the good at half-time.

Munster turned it around after the break with Dave Kilcoyne scoring their second try, which Ian Keatley converted to put the home side 20-17 up.

Cardiff, who welcomed Wales captain Sam Warburton back from injury off the bench, responded with a converted Dan Fish score and although Keatley took his tally with the boot to 13 points with a penalty Munster were unable to avoid a first defeat of the season.

Edinburgh put a defeat to Cardiff behind them by getting up and running with a 20-9 win over Scarlets at Murrayfield.

Duncan Weir landed 10 points with the boot and laid on a try for Michael Allen, while Magnus Bradbury also went over as Edinburgh scored all of their points in the first half and three Rhys Patchell penalties were all Scarlets could muster as they suffered back-to-back defeats.

Pat Howard scored his second try in as many games to give Newport Dragons an 11-6 win over Zebre at Rodney Parade in other game of the night.