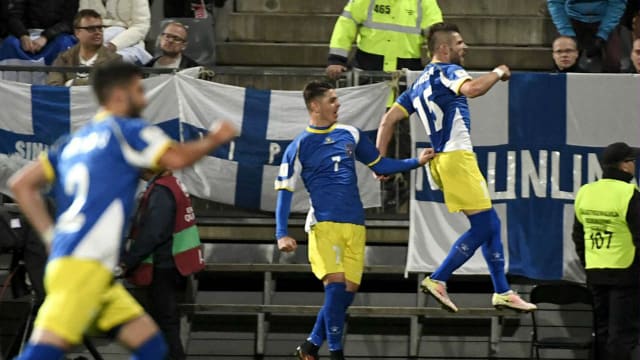 Kosovo were admitted as FIFA's 210th member at the organising body's May congress in Mexico City, giving them the green light to compete in qualifying campaigns.

Finland took the lead thanks to a goal by Paulus Arajuuri in the first half, but Berisha scored from the spot to make history for Kosovo.

Berisha previously made 19 appearances for Norway and he only received clearance - along with five former Albania internationals - to represent Kosovo on the day of the game itself.

Kosovo will also face Croatia, Iceland, Turkey and Ukraine in their Group I qualifying campaign.