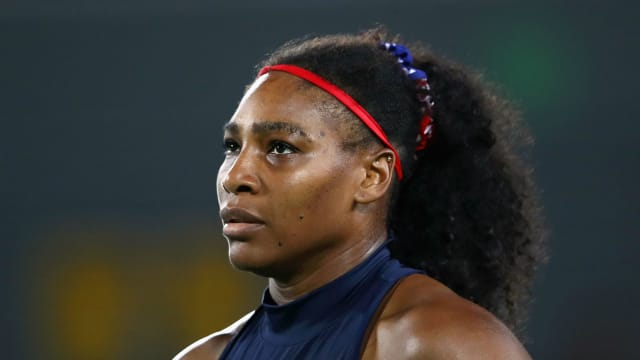 Serena Williams is looking to make history at the upcoming US Open and Justine Henin has been stunned by the American's consistency over such a lengthy period.

Victory at Flushing Meadows would see Williams surpass Steffi Graf and set a new record of 23 grand slam triumphs in the Open Era, the first of which came on the hard courts in New York in 1999.

The 34-year-old has reached all three major finals this year, although Wimbledon represents her only success, and the world number one starts as strong favourite to clinch a seventh US Open crown.

Henin, a two-time winner at Flushing Meadows who lost to Williams in her last grand-slam final at the Australian Open in 2010, marvelled at the American's longevity.

"I have so many memories against Serena. It was always a tough challenge because she was the best I played for sure," seven-time grand slam champion Henin told Omnisport.

"At the moment she is still at her best after so many years. The consistency of Serena has brought a lot of good things to the game.

"When I faced Serena the first few times I was impressed because her mental strength was just amazing. You could lead then she would serve four aces in a row.

"It was never over against her. You had to be at your best all the time. I played a lot of times against the best we have seen.

"Serena was the toughest I had to play. When she had to make a difference, she was there. She knew if she was facing match point she would still come back into the game. Her vision of the game also. She was really the best."

Meanwhile Amelie Mauresmo, a two-time grand slam winner, believes Williams' serve and mental fortitude are what have set her apart in the women's game for so many years.

"It was a challenge each time I played Serena. To handle her power, her mental strength," she told Omnisport.

"I only won a couple of times against her, we met 10 or 11 times maybe. For me it was hard, I never liked when girls were going at me and hitting hard. I needed time to get my game together. I had to be really sharp physically, serve well and be aggressive.

"Her serve is the best in the history of women's tennis. Her mental strength and the way she digs really deep to change the momentum is really impressive. She's really powerful on the court. It makes it pretty difficult."