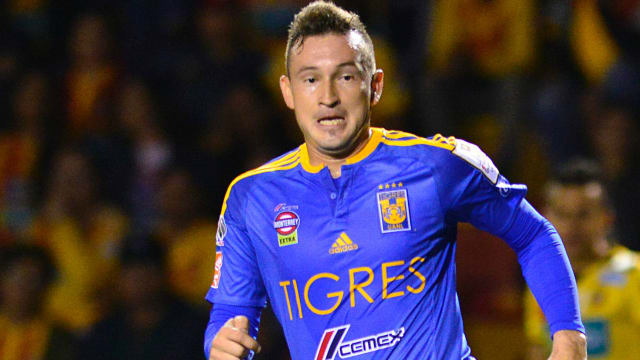 Tigres UANL kept up their 100 per cent record in the CONCACAF Champions League group stage with a 3-1 home win over Plaza Amador.

Despite conceding a shock opener midway through the first half on Wednesday, Tigres - last year's runners-up - recovered to make it two wins from two in Group G.

Humberto Ward scored the opening goal of the game for Panamanian side Amador after 22 minutes, but a Jorge Espericueta spot-kick levelled proceedings just before the break.

Amador could not continue their heroics in the second period, with Fernando Fernandez and Julian Quinones securing the result for the Mexicans.

The win puts Tigres in command on six points, with Amador and Herediano on one each.

FC Dallas were unable to repeat their matchday one result, held to a 1-1 draw by Nicaraguan outfit Real Esteli.

Elvis Figueroa put Esteli ahead in the fifth minute, before Atiba Harris equalised for the Americans two minutes later - and that is how the score stayed.

Dallas still lead Group H on four points but are just one ahead of Suchitepequez, who have played a game less.

In the days' other result, Amilcar Henriquez scored a brace as Arabe Unido completed a 5-2 win way to Haitian side Don Bosco.

Unido are first in Group D on six points, three ahead of Mexican side Monterrey, with Don Bosco last and without a result from their opening two games.