Bilic 'angry and frustrated' as West Ham crash out of Europe 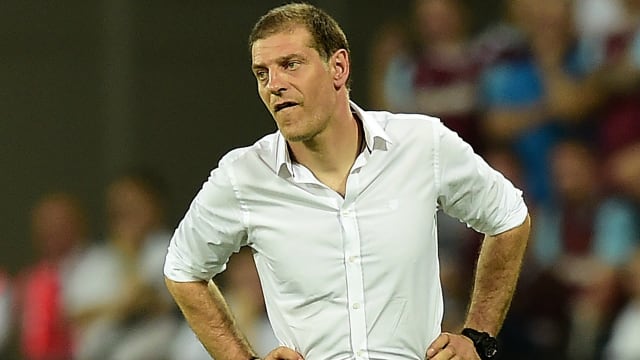 West Ham manager Slaven Bilic was left "angry and frustrated" as his side crashed out of the Europa League after a 1-0 home defeat to Astra.

Following a 1-1 draw in the first leg, West Ham needed to win or for the game to finish scoreless to advance to the group stages of the tournament.

However, a Filipe Teixeira goal on the stroke of half-time saw Romanian minnows Astra claim a 1-0 win at the Olympic Stadium in London on Thursday, sealing a 2-1 aggregate victory.

Bilic was frank in his assessment of the game, insisting his side did not deserve to go through on the back of that performance.

"I would like to congratulate Astra as they deserved it," the 47-year-old said. "It is a huge frustration because I said before the game that this was one of the most important games of the year for us.

"I said after the Bournemouth game that in the Premier League you can make it up, but this was like a final because you need to win to go through, therefore the disappointment is massive.

"OK, we can always find excuses like missing players and that we should have scored the chances we created and all that, but we didn't play good. In the first half, we didn't play with desire as a team, it was all individuals and we were second best.

"I said before the game in Romania that if you give their players the time to turn and play, they can pass the ball, of course, and we were doing plenty of that. There was not enough movement, we played very slowly and we didn't take the few chances we should have taken.

"They took their chance with a goal on the counter-attack. From our point of view, we lost the ball in a very strange way and they took advantage of the situation."

Bilic added: "Of course I am angry and frustrated and everything but I'm much more disappointed than angry, because we really wanted to go through to the Europa League.

"That's why we tried so hard last season, to have this opportunity."