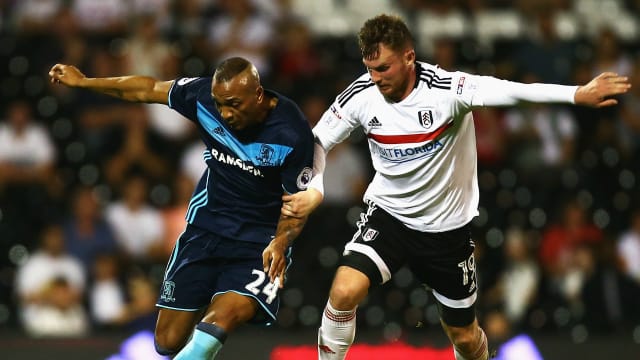 Premier League newcomers Burnley and Middlesbrough both suffered early exits from the League Cup on Wednesday.

Burnley, fresh off their 2-0 triumph over Liverpool on Saturday, went down 1-0 to local rivals Accrington Stanley.

With the game seemingly poised for a penalty shoot-out after 119 scoreless minutes, Matthew Pearson came up with a winner in dramatic fashion.

The League Two side must now face West Ham in the third round of the tournament.

Middlesbrough were also sent crashing out, going down to Championship outfit Fulham 2-1.

A David Nugent goal had Middlesbrough up at the break but Julien de Sart's spot-kick brought things level, before Lasse Christensen struck the winner in extra time.

Meanwhile, both other Premier League clubs in action - Sunderland and Bournemouth - progressed to the next round with wins over Shrewsbury Town and Morecambe respectively.