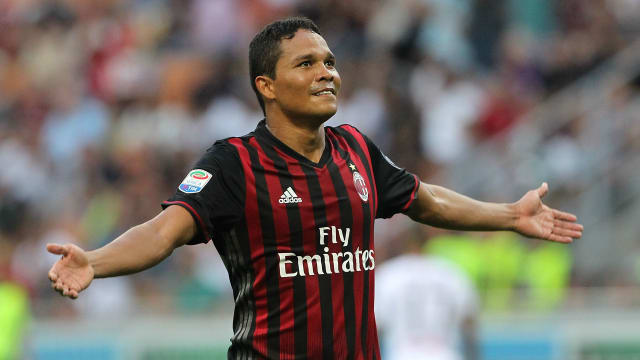 AC Milan legend Andriy Shevchenko has called on Carlos Bacca to deliver on a regular basis for the fallen Serie A giants following his superb performance against Torino.

Colombia international Bacca made a stunning start to the 2016-17 campaign, netting a hat-trick as Milan prevailed 3-2 at San Siro.

Having joined from Sevilla prior to last season, Bacca scored an impressive 18 goals in 38 league appearances for a struggling Milan side that toiled to a seventh-placed finish.

And Shevchenko, who won Serie A and the Champions League during a seven-year stay at the club, has called on Bacca to display even greater consistency to fire Milan back to the top of Italian football.

"It's a great advantage for a club to have a striker who can solve the matches," he told La Gazzetta dello Sport. " After a few bad seasons there is much to rebuild and to have one with the goals is essential for a coach.

"But Bacca needs to do more, better read the collective situations, improve the team play. Only in this way will he make another leap in quality.

"Now it is early, he still needs continuity. The qualities are good and started well this season with a new coach, but the continuity is a necessary skill to make way in football. Continuity and ability to help the team.

"However, he is a striker who I really like and I also enjoyed last season. He is good at attacking the spaces, is good inside the area and has a sense for the goal."

And Shevchenko thinks Milan's relative fall from grace means there is a lessened burden of expectation on new players arriving at San Siro.

"Before, you arrived in a team full of champions who fought for many titles, so maybe you could be intimidated. It is no longer so, but also to rebuild and start over is a complicated undertaking, for the attackers and for any other player."