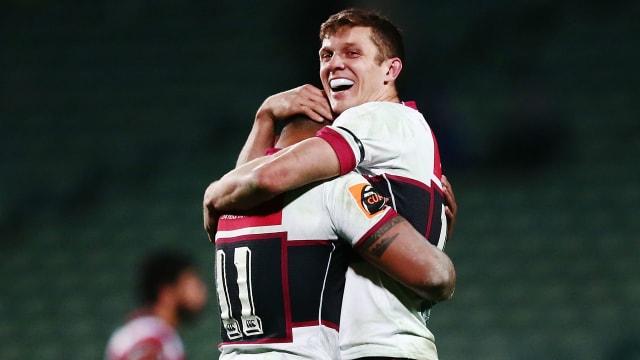 As the new season began with a cross-division encounter, it was Championship side Harbour who upset their Premiership opponents, who were forced to settle for a losing bonus point.

Neither side were involved in the play-offs in 2015 but it was a brighter opening to the new campaign for the hosts, who went in front inside five minutes when Matt Duffie's kick through was touched down by Afa Fa'atau.

Counties forged ahead through Joe Reynolds' penalty and Jordan Taufua's close-range score, but they were reduced to 14 when Sam Vaka was sin-binned for holding back Matt Vaega, who added a penalty soon afterwards to make it 10-10 at the break.

Harbour regained the lead thanks to Bryn Gatland's penalty and Michael Little's converted score with a little over 20 minutes remaining.

Sione Faletau touched down to set up a nervy finish with seven minutes to go, but Counties could not force another score as Harbour held on.