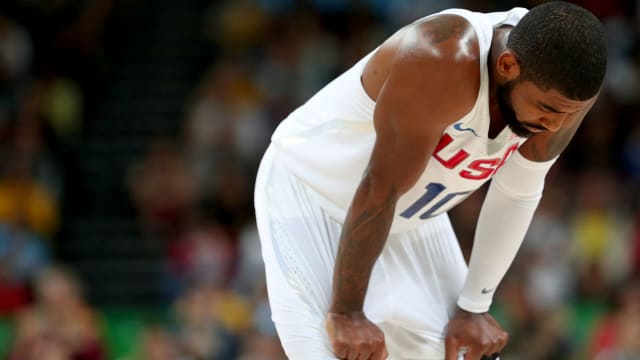 For the second consecutive game, the United States men's basketball team found themselves in a dogfight but eventually prevailed against Serbia at the Olympic Games.

USA held on for an entertaining 94-91 win despite a spirited effort by Serbia led by Denver Nuggets forward Nikola Jokic, as the world champions made it four wins from as many Group A games in Rio on Friday.

Serbia had a chance to tie the game with 5.2 seconds remaining, down by three, but Bogdan Bogdanovic missed his mark and USA secured the rebound as time expired.

Early on, it looked like USA were headed for another blowout, leading 23-5 at one point in the first quarter. Serbia regained their composure after that slow start, and outscored the Americans in both the second and fourth quarters.

"We got a little complacent and got a little relaxed early on," Paul George told NBC Sports. "We allowed them to get confident, they came back. They kind of changed the tempo and for a while, we were playing their game."

Jokic, who finished third in the NBA Rookie of the Year voting in 2015, scored 25 points off the bench on 11-for-15 shooting from the field for Serbia, who fell to 1-3 in pool play.

USA will face France on Sunday for their final game in pool play before the single-elimination tournament begins.