Rio 2016: Defending champions US sent crashing out of women's football by Sweden 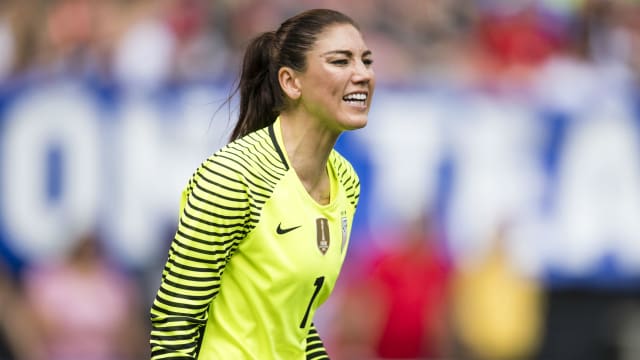 The United States women's team lost to Sweden in the quarter-finals of the Rio 2016 football tournament on Friday, marking the first time since the women's game was added to the Olympic programme that they have failed to make the final.

It took the first-ever penalty shoot-out in women's Olympic football history for the Swedes - coached by Pia Sundhage, who led the US to gold in 2008 and 2012 - to knock out the Americans after the match had ended level at 1-1 after extra time.

Sweden took the lead in the 61st minute, when Stina Blackstenius beat USA defender Julie Johnson on the counter-attack and slid a shot past goalkeeper Hope Solo.

The US equalised in the 77th minute, Alex Morgan taking advantage of a loose ball in Sweden's area that ricocheted off the face of defender Jessica Samuelsson to score past Swedish goalkeeper Hedvig Lindahl.

Morgan, though, went from hero to zero in the penalties.  She was first up for the Americans, only to see her shot saved by Lindahl.

Solo kept the US alive with an excellent save from Linda Sembrant, but Christen Press launched her shot over the crossbar, leaving the door open for Lisa Dahlkvist to win it 4-3.

Nothing short of gold was expected from the USA, who had won the tournament in four of the five Olympics since women's football joined the program in 1996.