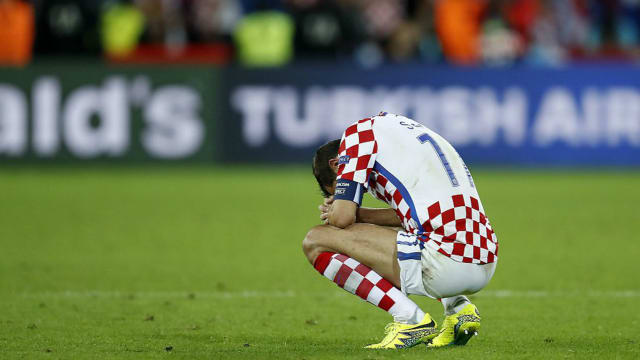 Darijo Srna officially announced his retirement from international football, with an emotional post on the Croatian Football Federation's website on Monday.

While he will continue his club career as captain of Shakthar Donetsk, Srna's decision to leave the national team comes after a tumultuous summer in Croatian football, with fan trouble, allegations of corruption and an ultimately disappointing showing at UEFA Euro 2016.

"I proudly leave, because I know I gave my country everything I had," he said on the Croatian football association's website.

"Absolutely everything. If you ask what I would rather have been - a three time World Cup winner with another country or what I am as a Croat - I don't have to give you an answer. Personally, playing for Croatia was dreaming with my eyes open."

Together, Srna, Josip Simunic and Stipe Pletikosa broke Dario Simic's Croatian games record in 2013, with Srna going the furthest of the three, captaining the side until Euro 2016 to finish with 134 caps.

Knowing that the Euro would be his last international tournament, the 34-year-old right-back notably returned to Croatia's camp from the funeral of his father, Uzeir, who suffered a heart attack during Croatia's group opener against the Czech Republic.

"Hearing the anthem that last time in France as a grown man, parent and captain - and remembering the first time, as a babyfaced kid - the feeling was the same. Absolutely nothing changed," he said.

"The last time I heard it was the toughest because I knew it just might be the last, and because of my father, to whom I owe everything.

"Because of that, this is the hardest day in my life. To leave something you love like that, forever, breaks your soul, makes you breathless and fills your eyes with tears. To find the right words is impossible."

HNS President, Davor Suker, thanked and praised Srna not only for his effort, but character.

"It's a shame for all of us, after such a magnificently played Euro, that Darijo is retiring from the national team, but we respect the decision he made before the tournament," Suker said.

"Darijo set a standard for all future representatives of the national team. He played as captain the most out of anyone in Croatia's history and that says everything about him as a player, and most importantly, as a man."