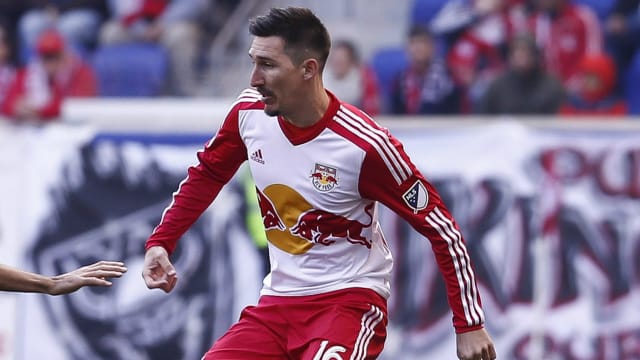 Of the starting XI, only three players who faced Chicago Fire in MLS on Sunday were named, but Red Bulls still came out on top thanks to Alexander Muyl and Sacha Kljestan.

Red Bulls - who failed to progress from the group stage of the tournament in 2014 - were gifted a 14th-minute opener after Antigua midfielder Alejandro Galindo turned the ball into his own net, and things went from bad to worse for the visitors when Sixto Betancourt was sent off 12 minutes later.

Muyl made it 2-0 just past the hour-mark and Kljestan came off the bench to seal the victory with 11 minutes remaining against the Guatemalan visitors.

Pumas UNAM were too strong for Trinidad and Tobago hosts W Connection, winning 4-2 in Group A.

Honours were even at the break after W Connection's Hughtun Hector cancelled out Luis Quintana's 10th-minute opener.

UNAM - Copa Libertadores quarter-finalists in 2016 - pulled clear in the second half, with Jose Van Rankin scoring in the 57th minute before Alfonso Nieto doubled the lead with 17 left on the clock.

Jamal Charles reduced the deficit during the closing stages to give the home side a glimmer of hope but Omar Islas restored UNAM's two-goal cushion in the 90th minute.

Meanwhile, a three-goal first half propelled Monterrey to a 3-0 win at Don Bosco in Group D.