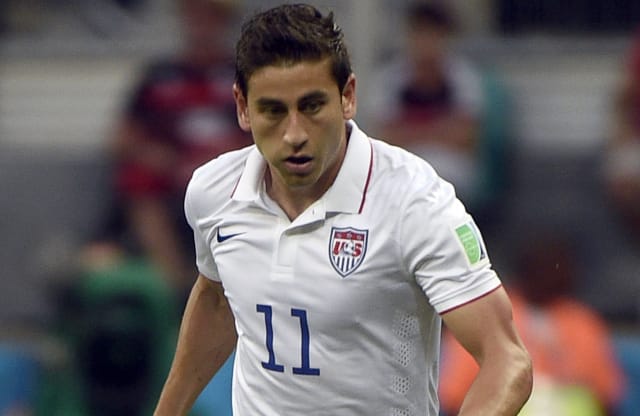 Bedoya, 29, will join Union as a Designated Player after spending three seasons in Ligue 1.

The deal sees Union acquire Bedoya via the allocation process, after the team secured the number one spot in the allocation ranking order in a trade with Chicago Fire.

"We have laid out very specific goals for our club this season and Alejandro adds the type of quality that can instantly guide us in achieving them," said Union sporting director Earnie Stewart said.

"He's a tremendous player in the prime of his career and we're thrilled to welcome him to the club."

To acquire Bedoya, Union traded their general allocation money, targeted allocation money, the club's first round pick in the 2017 MLS SuperDraft, and the discovery priority on a player to be named later in exchange for the number one spot.

A new chapter in my life/career is about to begin.
A message from me about joining @PhilaUnion in the @MLS. pic.twitter.com/gF1g3Tzbm5

The club later announced they had traded Sebastien Le Toux to Colorado Rapids in exchange for general allocation money.

"Sebastien has been a wonderful servant to the Philadelphia Union and we cannot thank him enough for his exemplary time and commitment," Stewart said.

"We want to wish him the best of luck in Colorado and in his future endeavours."